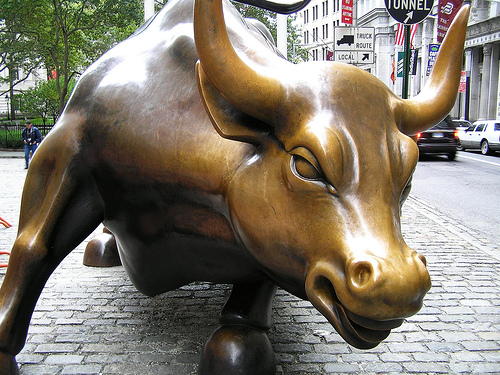 At the start of 2012, Big Data was identified as one of the 10 critical issues that would shape Wall Street by Wall Street & Technology. The financial industry has been trying to figure out how to efficiently and effectively leverage data for decades but regulation changes are forcing financial entities to focus on it now more than ever.

Unstructured data is critical as institutions make day-to-day business decisions. In the financial world, the difference between getting news as-it-happens as opposed to hours later can be millions of dollars. By harnessing the power of near real-time data, financial institutions can automatically monitor the Deep Web for news, press releases, SEC filings, or other online updates about companies of interest.

A market-leading hedge fund was struggling to monitor the real-time activities of its investments. Making one uninformed decision could cost the company millions of dollars, so the hedge fund group attempted to monitor the happenings of every company website.

Researchers manually visited each site as frequently as they could. Additionally, they also attempted to manually monitor regulatory sites to stay on top of the latest updates, but the researchers knew they were missing most of it and wasting a lot of time in the process.

Google Alerts was a widely used resource throughout the company, but a number of shortcomings forced the hedge fund to look for a more robust monitoring solution.

Our What is Big Data whitepaper features an additional case study on Big Data and business along with case studies in the healthcare, politics and law enforcement industries.

BrightPlanet FAQs
Get quick answers about our technology and the web from our FAQ page.
Followon TwitterSubscribeto RSS Feed
FINDING COUNTERFEITERS: A CASE STUDY FOR BIG DATA AND BUSINESS