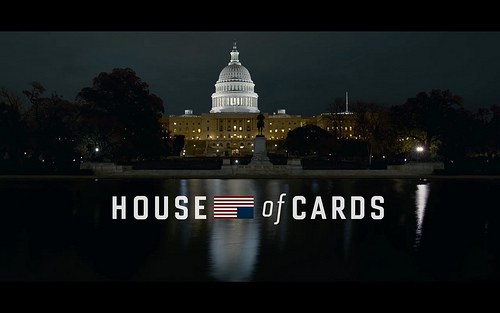 On February 14th, 2014, Netflix released the entire second season, a total of 13 episodes, of their hit drama series House of Cards for Netflix subscribers’ streaming pleasure.  Discussion of the recently released House of Cards season took over the Internet as Netflix proved competent at not only offering content for subscription services, but creating exclusive content as well.

Within a few of the episodes during the new season, the Deep Web, a topic very familiar to BrightPlanet, was discussed. Find out what it is and if House of Cards was using it correctly.

Not surprisingly, Internet traffic for the term Deep Web skyrocketed the day after Netflix released streaming access to all the House of Cards season 2 episodes. The below Google Trends graph shows searches for the term “Deep Web” in the last 30 days and can be seen here. The dot on the bottom of the timeline displays the date House of Cards was released on Netflix.

House of Cards’ Use of Deep Web

The term “Deep Web” used within the House of Cards series in both episode 2 and episode 4 of the second season is used as media today has been representing the Deep Web.  In the episodes, individuals are hoping to track down a hacker using the Deep Web.

Learn more about the Deep Web

Want to learn more about the differences between the Deep Web and Dark Web, read this blog post on the topic and download our whitepaper, Understanding the Deep Web in 10 Minutes.