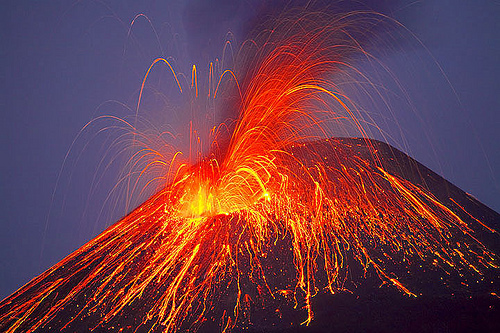 If you have been tracking our blog, we have predicted that Big Data-as-a-Service will be the next big thing and that it will lead to companies looking for external data sets as a resource for their Big Data projects.

Our third and final prediction for 2014 is that this concept of external Big Data-as-a-Service is about to cause big disruption for current data service providers, and it’s likely going to be done by small players with innovative data startups.

In today’s world, we are finding that major data service providers still have a huge hold on major industry. Because these companies are failing to innovate at the speed of modern technology, we believe that will be disrupted.

We’ll take a look at two scenarios in credit and data reporting where we are already seeing the start of major disruption. Small players offering Big Data-as-a-Service are gaining ground because the “industry standard” provided by traditional data service providers isn’t cutting it any more.

Two Industries on the Brink of Disruption

When a lending agency needs credit information on customers, who do they turn to?

The answer to this question is likely very straightforward for readers located in North America and Great Britain as three major providers offer similar credit scores: Equifax, Experian, and TransUnion. However, for companies that offer products and services outside the reach of these traditional credit reporting agencies, the answer to this question seems to be much more difficult.

Companies that offer their products and services outside of the reach of these major credit reporting agencies are forced to make uninformed decisions, simply because no one else offers an alternative. Global agencies are then forced to rely on a product that works for some of their customers. Approximately 75% of the world’s population has no current credit worthiness score maintains Alexander Graubner-Muller, a cofounder of Kreditech, a company that is hoping to compete with credit reporting agencies because of this lack of data.

Kreditech, a German-based tech company founded in 2012, has big dreams of completely disrupting the traditional definition of the credit score that we know today through the use of external Big Data-as-a-Service. Their goal is to be able to create their own lending metric from over 10,000 dynamic sources collected from online data points allowing global lenders to make more informed decisions on their customers outside the reach of traditional credit reporting agencies.

When businesses need credit and basic business information about other companies, who do they turn to?

The answer to that question for the vast majority of the population is likely the giant service provider Dun & Bradstreet (D&B), a trusted service that has been operating since 1841. D&B is in the data business and has spent over 100 years aggregating and collecting data on over 225 million companies globally. Their processes for gathering and analyzing data have been established for well over a hundred years prior to the World Wide Web going mainstream in the 1990’s. D&B has likely built a database and collection process with multiple exclusive providers so complicated that it has become almost impossible to recreate and compete with the data giant. However, technology and Big Data are changing that ‘impossible’ mindset.

Enter the company Radius Intelligence, a start-up company from San Francisco that’s trying to compete against giant service providers like D&B through the use of open source, publicly-available data. Radius Intelligence has already developed a database of over 27 million U.S. companies from over 30,000 different web sources that is updated daily.

The start of a new trend

So that wraps up our final Big Data prediction for 2014. Want to learn more about how we can help collect and structure Big Data available on the web to allow you to be one of the innovative companies when it comes to Big Data? Request a demo today.

BrightPlanet FAQs
Get quick answers about our technology and the web from our FAQ page.
Followon TwitterSubscribeto RSS Feed
The Deep Web: What was House of Cards Talking About?