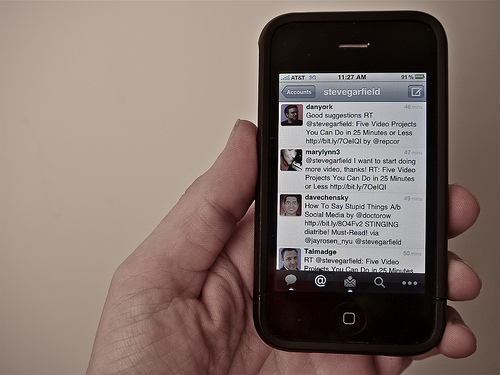 Overnight the Boston Police Department Twitter handle (@Boston_Police) went from 55,000 followers to over 117,000 followers as a result of the Boston Marathon tragedy. Twitter and other social media tools are powerful tools for civilians, law enforcement, and public service agencies during and after a crisis as we saw over the last couple of days.

Social Media as the Only Communication

Many reported that phone lines were down and cell phone calls were not going through on Monday afternoon but people were able to send text messages and update their social media accounts. Both the Boston Police and Massachusetts Emergency Management Agency were using Twitter to get messages out. The Boston Police used Twitter to put out a call for any video from the finish line on Monday afternoon.

Google even created a people finder that people could use to find loved ones and friends.

Big Data and the Marathon

USA Today had an article on Tuesday about how Big Data could uncover clues on what happened at the marathon. The marathon finish line is a place where people are taking photos and video throughout the event. These images and the people behind them could be used to piece together what happened there.

Twitter is a powerful tool for witness identification and geolocation. We used our Twitter monitoring tool, BlueJay, to capture the tweets being tweeted out of the Boston area. Since we started tracking the tragedy, BlueJay has harvested over 37,000 tweets including the words “bomb”, “blow up”, “explosion”, “explosive”, or “marathon” in the Boston area.

Below is a screenshot of the tool showing tweets and their location shortly after the third explosion at the library occurred.

Twitter captures what is happening in real-time and is a powerful tool for law enforcement and public service agencies during large public events.

There are no words to describe the tragedy that occurred on Monday but hopefully, those in charge of the investigation will have the resources they need to find those responsible.

Boston Marathon: With no phones, text and social media help get out updates – CBS News

BrightPlanet FAQs
Get quick answers about our technology and the web from our FAQ page.
Followon TwitterSubscribeto RSS Feed
What is OSINT and How Can Your Organization Use it?

[Infographic] How Police Departments Use Twitter
Scroll to top